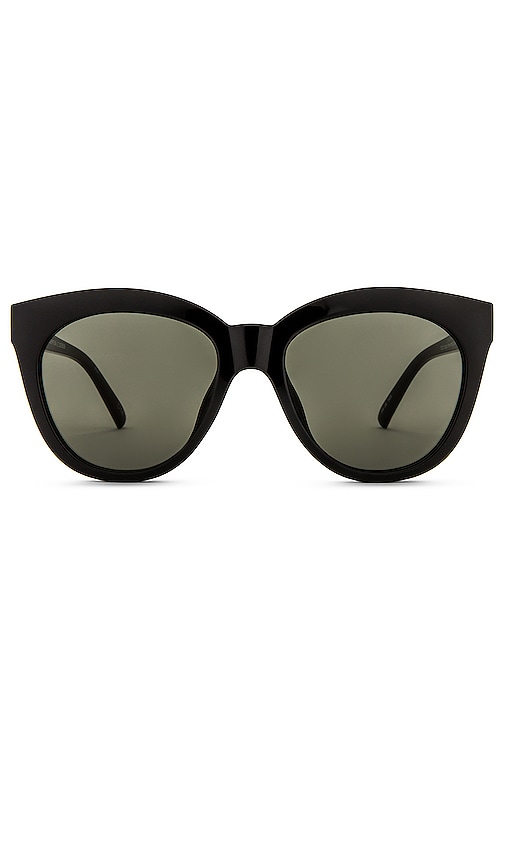 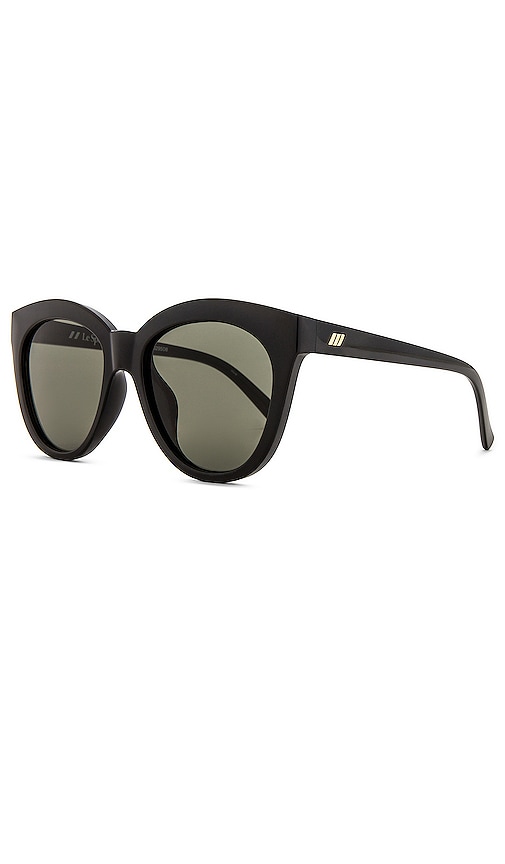 Le Specs Resumption in Black. Le Specs Resumption in Black. 100% BPA-free recyclable plastic. 54-19-145 in mm. Gold tone logo at temples. Includes soft pouch. Imported. LSPE-WA137. LSP2029508. Started in 1979, and re-vamped in 2006 Le Specs is known for being Euro Chic and an icon of the eighties. Using most of their original molds that earned the label their icon status, Le Specs continues to be a success with their super sexy styling and ability to keep up with current trends.