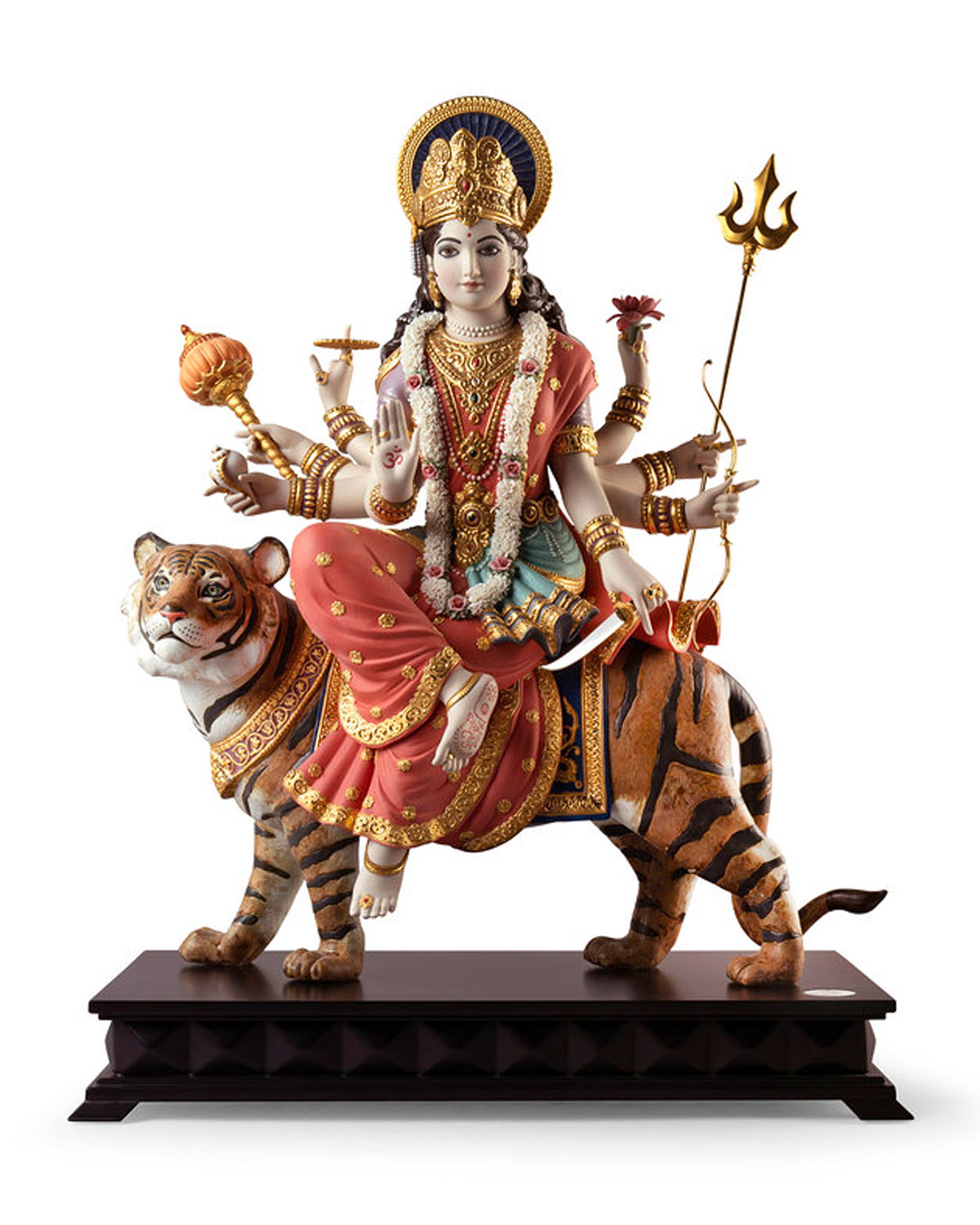 Handcrafted, limited edition figurine portraying Durga, the Hindu Goddess who alleviates the suffering of all people on Earth, protects the righteous, and establishes benevolence and order. Durga is depicted sitting on the back of a spectacular tiger with striking blue eyes, symbolizing the goddess's will and determination. The eight arms with which she is portrayed, each one holding a symbol of the different powers given to her by the gods, seem to have a movement of their own, while the god.