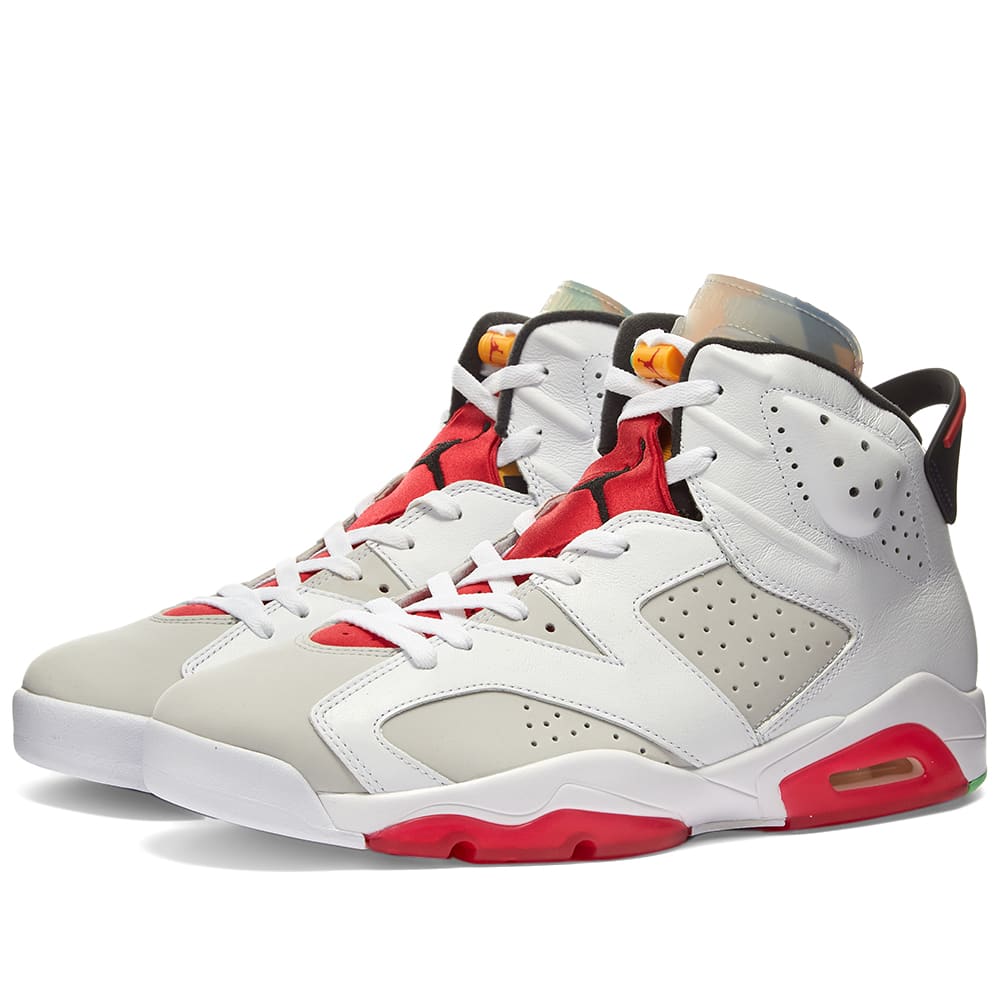 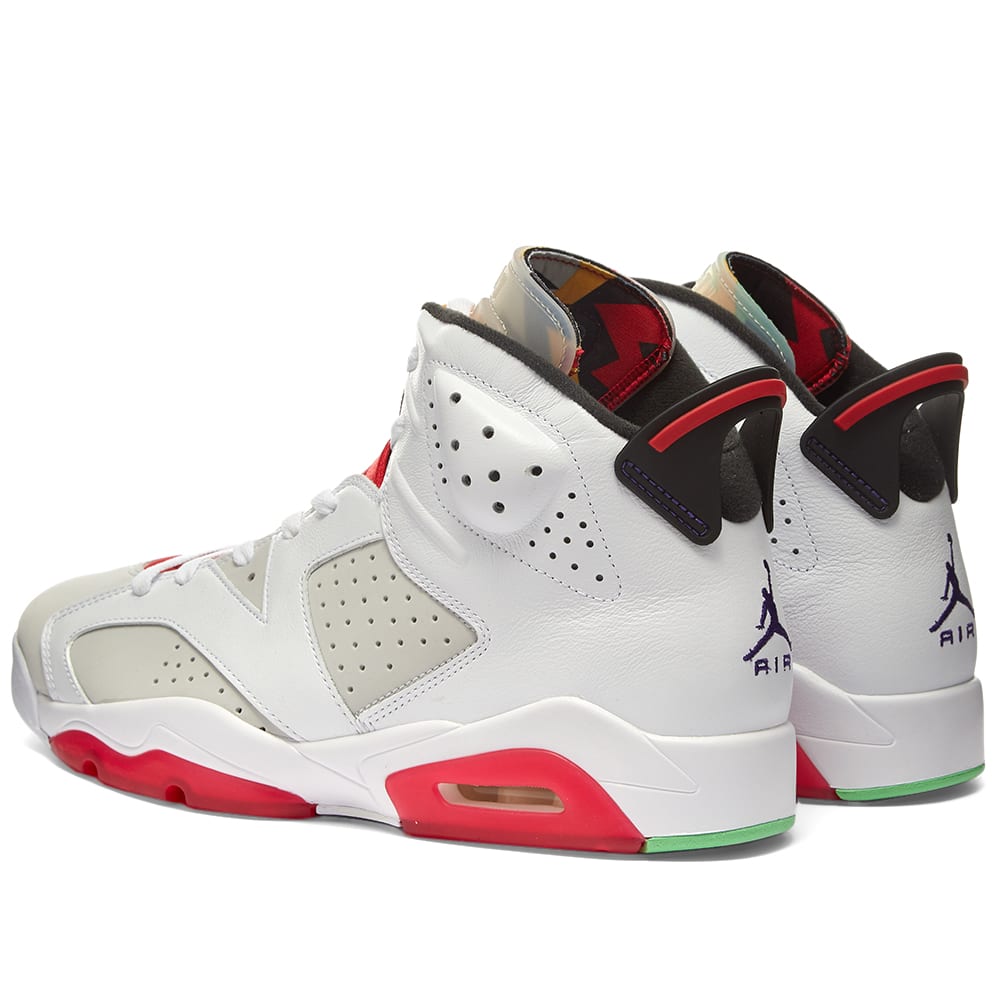 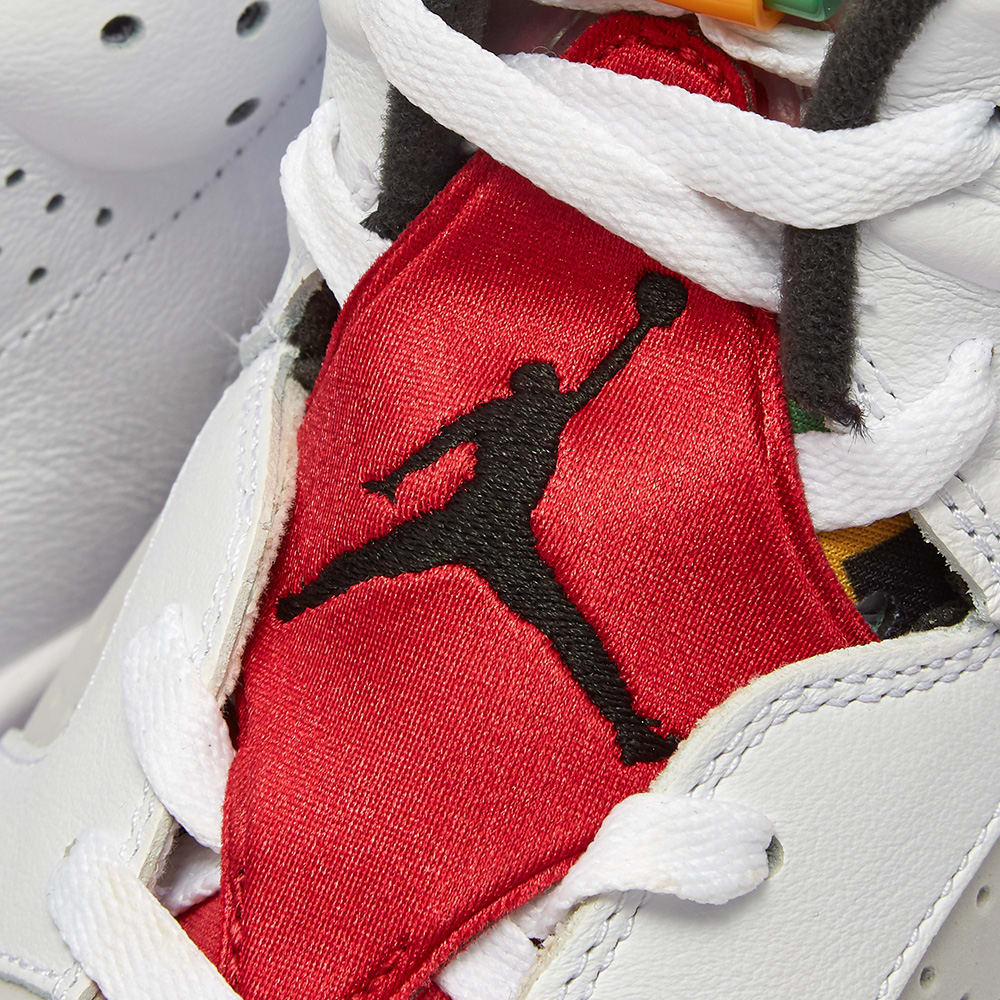 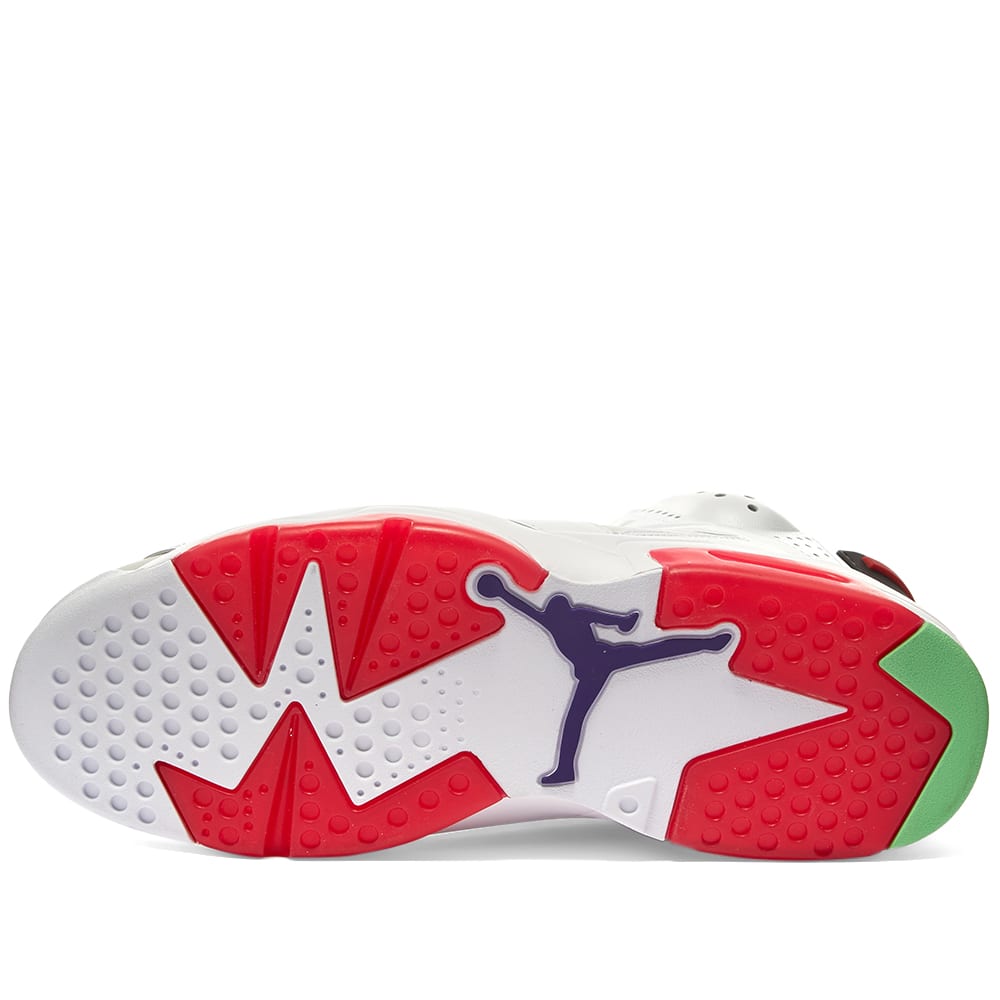 Rabbit season is well and truly here, with creating another Hare Jordan following the furry AJ7 that released earlier this year. This time, though, a different model is used. The Air Jordan 6 is the canvas of choice and it takes on an immediately recognisable colourway – one inspired by Bugs Bunny's appearance in, and the subsequent marketing campaign of, the cult classic . The predominant white and soft grey remain, covering the entirety of the upper, and are joined by hits of pinky red and a geometric pattern, usually associated with the AJ7, up the tongue. A carrot-like lace toggle adds a final rabbit-inspired detail to complete the look.