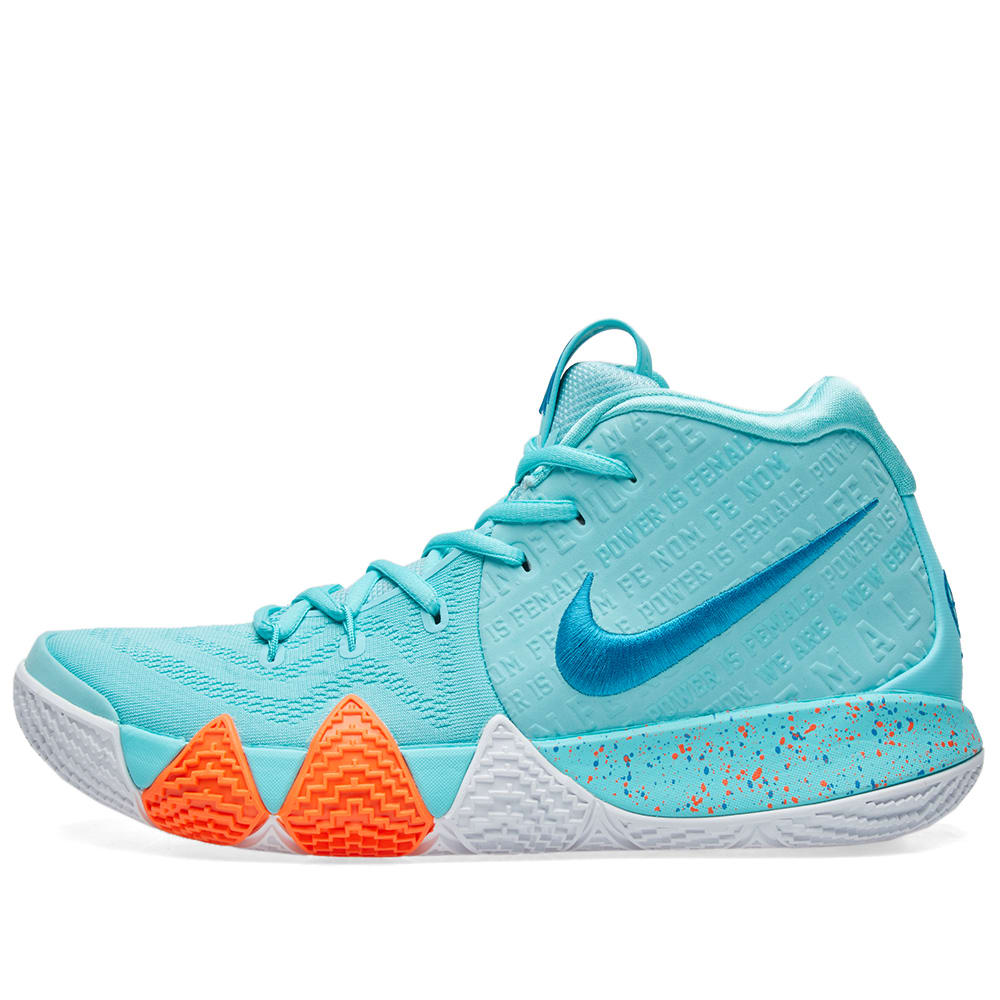 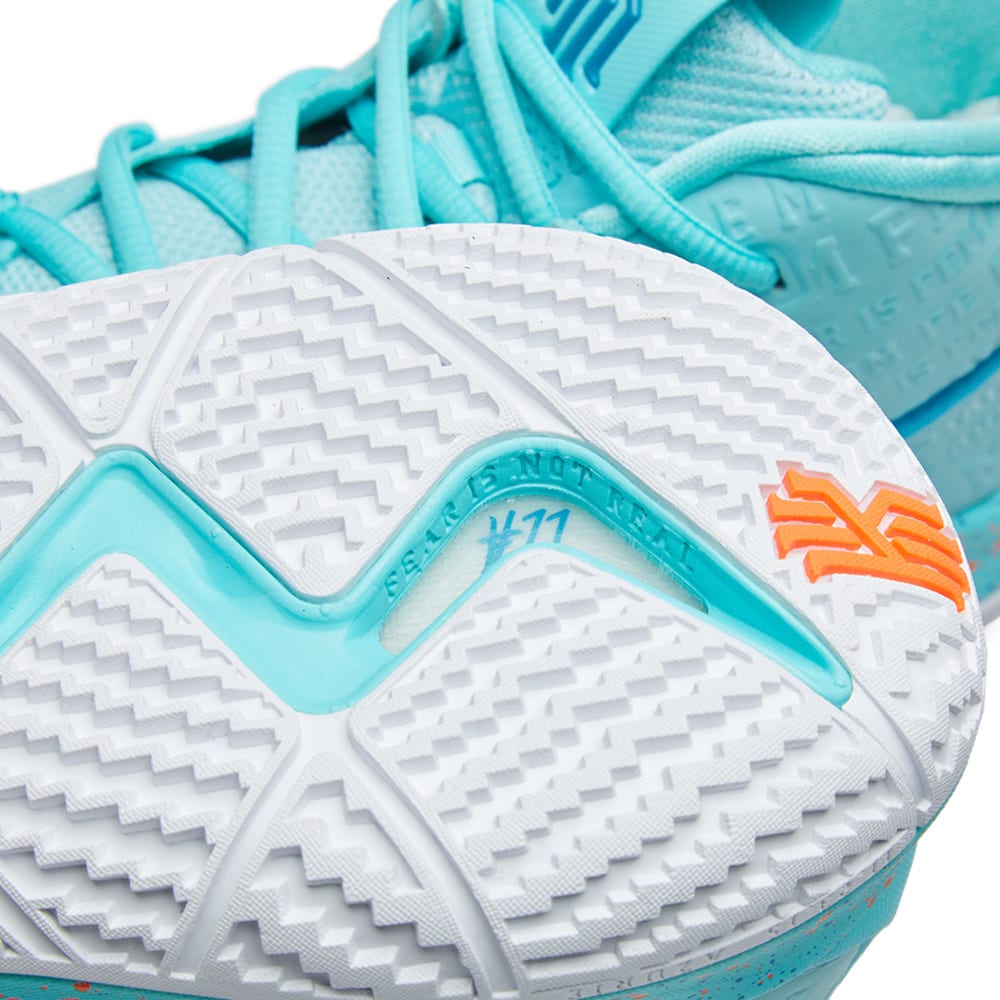 Despite Irving’s on-court presence being missed during the Eastern Conference Finals, this turquoise and orange version of his fourth signature shoe ensured his footwear wasn’t absent by any means. Dubbed the “Power is Female”, this very Nike Kyrie 4 was found at the feet of Boston Celtics rookie Jayson Tatum during the seventh game against LeBron James’ Cleveland Cavaliers. Female empowered, the combination of aqua and teal were heating up the hardwood during the finale, with defining features found on the side and heel: both “Power is Female”, “We Are a New Generation” and a female-powered basketball logo keeping the message strong. Synthetic Uppers Mesh Forefoot Nike Zoom Air Unit Flex Groove Outsole Zig-Zag Rubber Traction Style Code: 943806-402

Shop the Gift of Beauty event and receive a Bag